GFNY, Onions on the Hudson 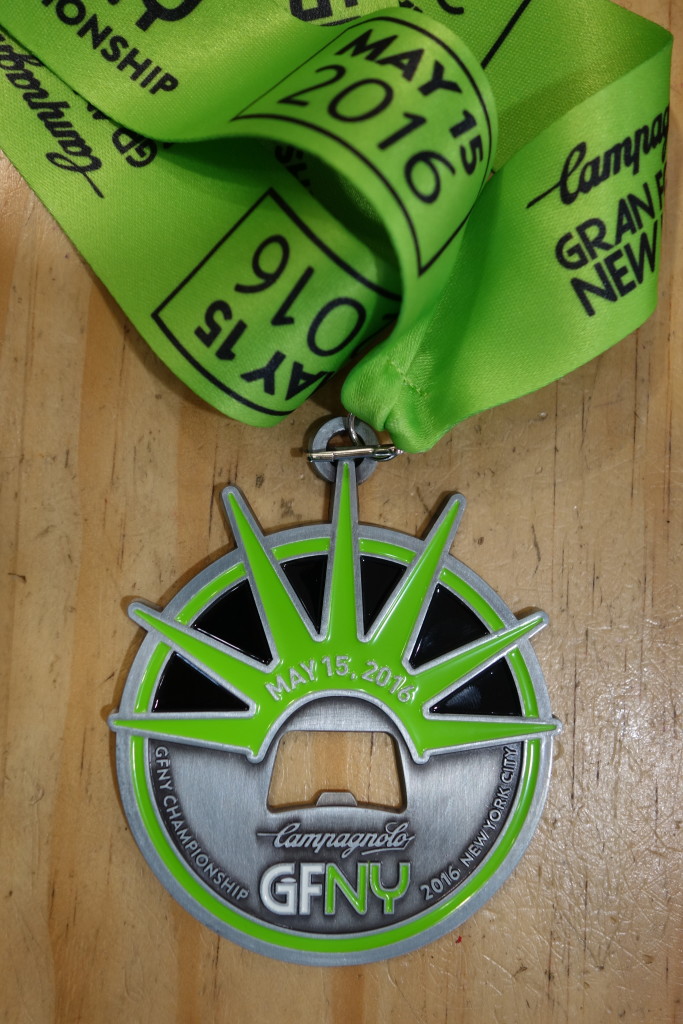 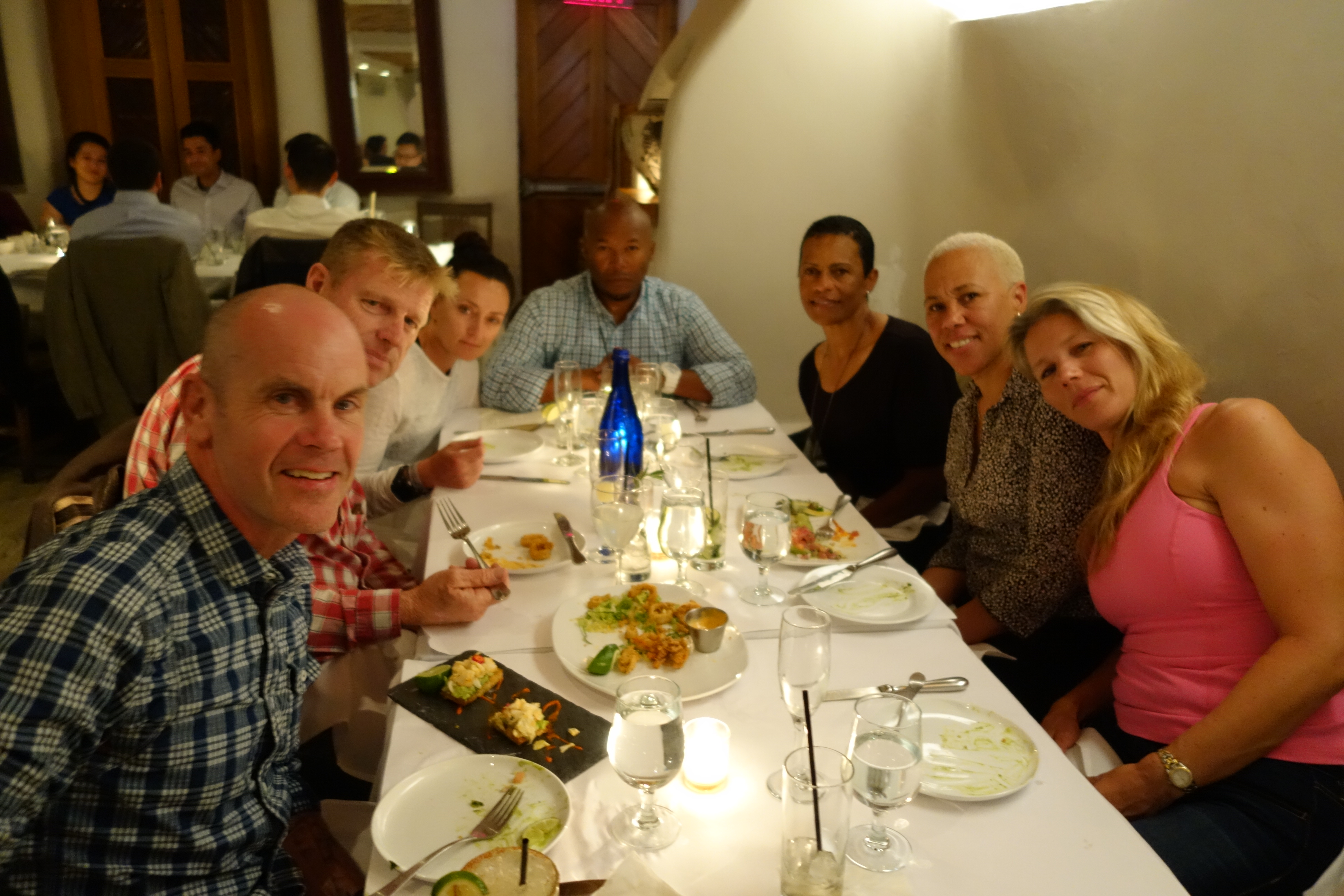 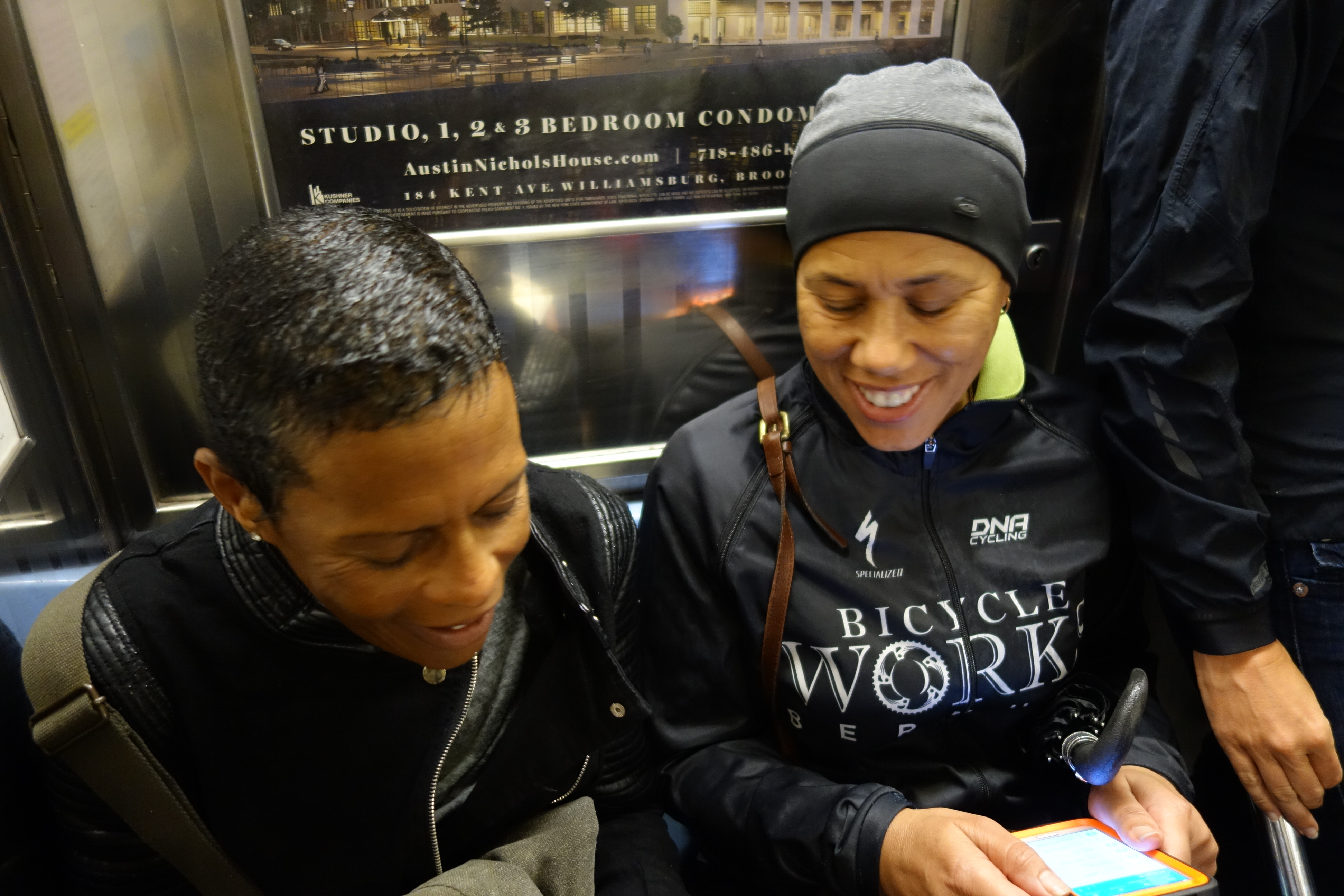 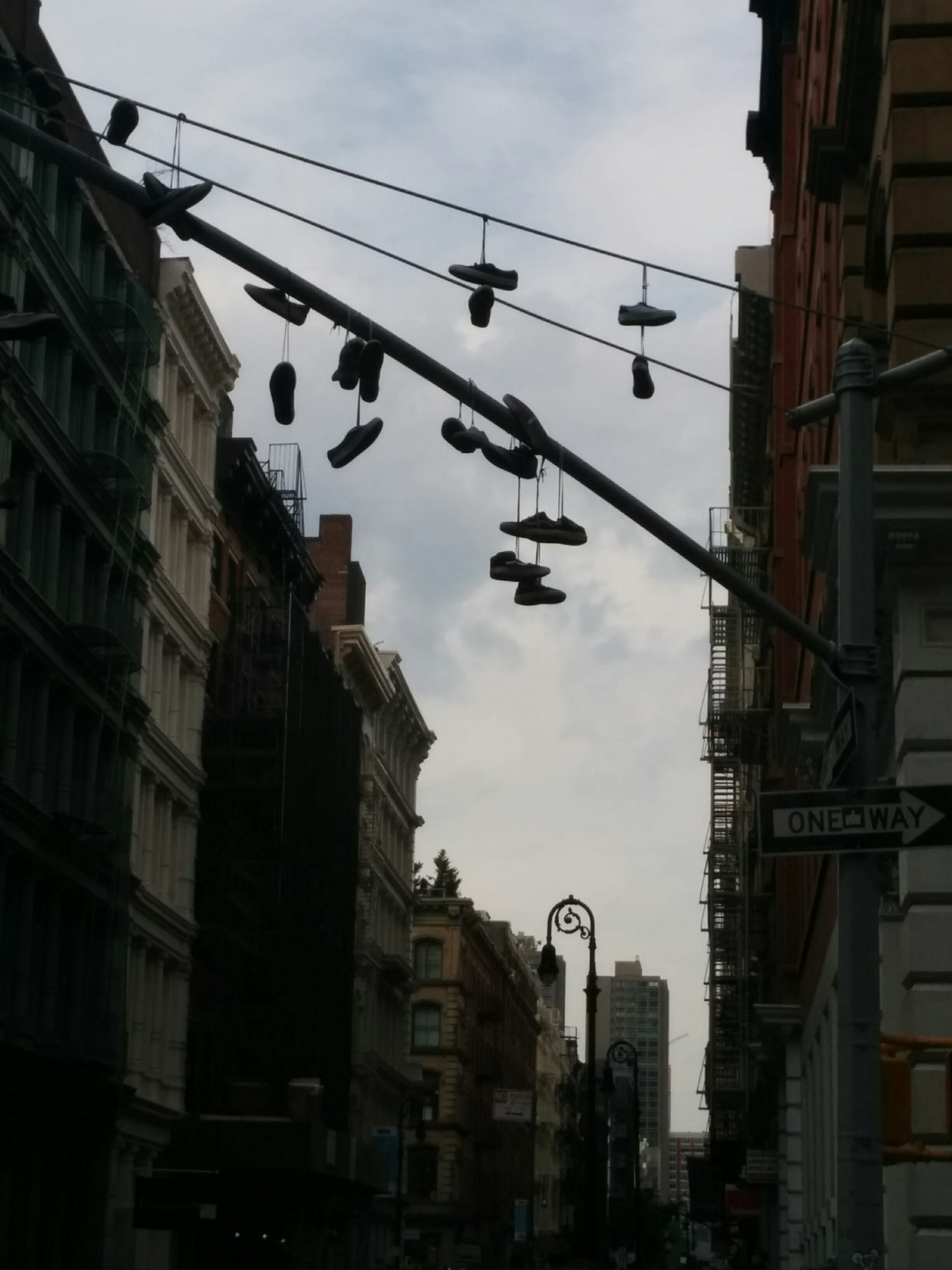 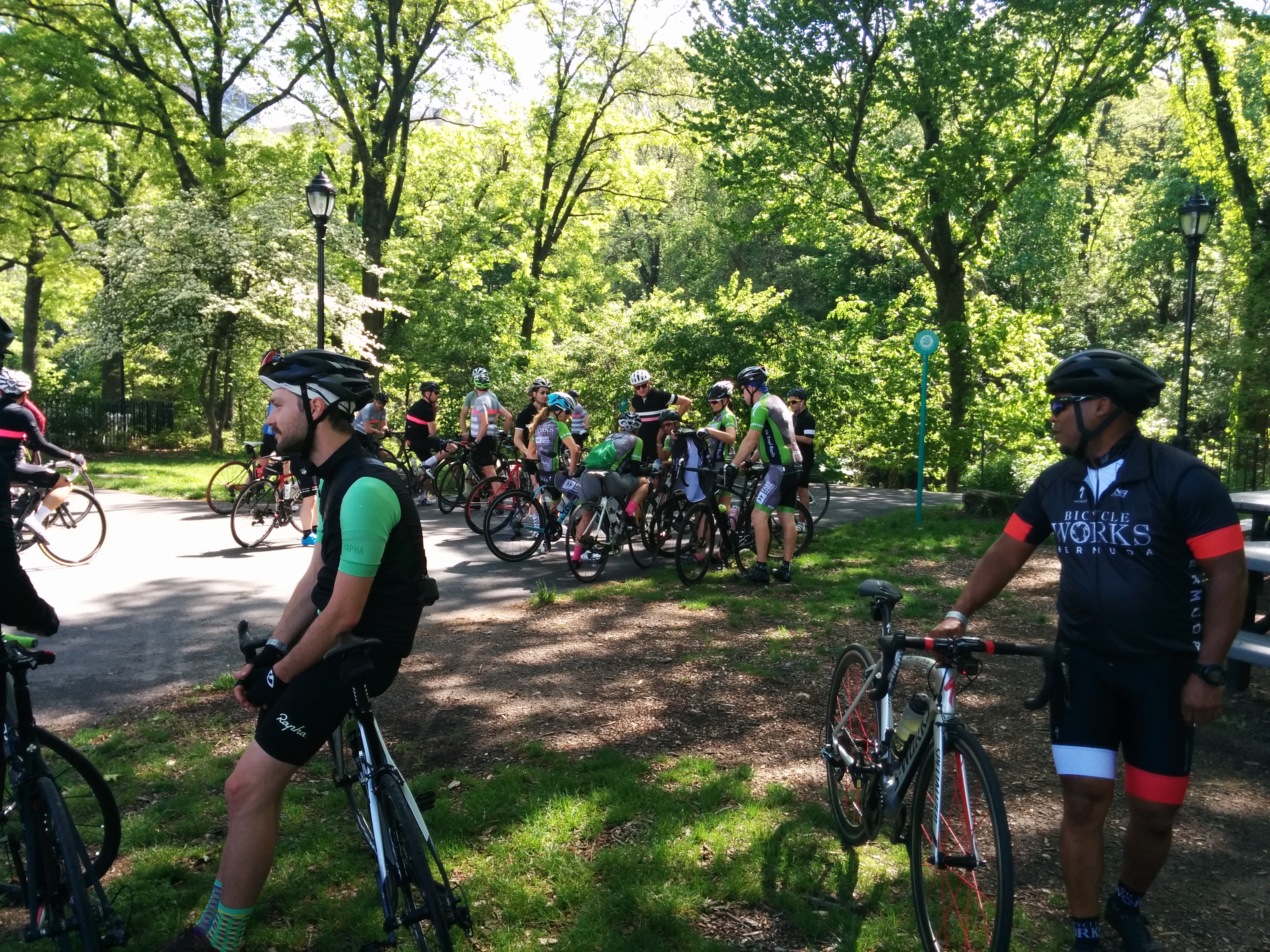 Last weekend saw the first group trip on behalf of Bicycle Works in a good few years. Tour of Battenkill  probably being the last several years ago.

The Gran Fondo New York is more race than Fondo for some, but basically, it is a 50 or 100 mile loop in New Jersey. Featuring road closures and full support, including 5 aid stations where you can scoff brownies, PBJ sandwiches washed down with glee abandon by electrolyte drinks.

This years event started in dry conditions, but, with wind chill while you wait on the bridge, it brought the temperature way down. I would estimate into the thirties. Fortunately I brought an ice saw and my Inuit survival course allowed me to build an igloo in the hour you stand around. Or did we all wear plastic Bermuda rain ponchos. you decide.

7am, and, your off. The carnage begins as over 3,000 riders vie for position, Pro’s and wannabe pro’s start in the forward corals so unfortunately it is a bit of a gong show in the back where we set off from. On the first descent, on River road adjacent to the Hudson the days first victim lay sprawled, after the granite rocks stepped out in front of her. It was obvious she was not going to fast, and was in full control and it was lucky the wandering rock faces did not take out more, as they stepped into the path of upcoming experienced cyclists. Really people were getting their intentions and abilities all mixed up.

At the first aid station we had a mini re group but staying together was a non starter as varying levels of fitness and the sheer amount of people meant you just went at a pace that suited you.

Warmed up slightly people felt it safe to search for the body part that enables you to drain fluid. Mine was still safely tucked away and so I ate some gummy worms and waited as the 500 porta loos got filled up with thousands of dollars of used sports drinks.

Off again the wind increased dramatically and riders searched for larger riders to tuck behind. Let me tell you there was no shortage of large units on this event and given the amount of climbing to come, Kudos to them.

The road runs past the lakes and Haverstraw before heading up the 5km Bear Mountain climb. Everybody has their own stories on this. All I can say it went by a lot quicker on the way down.

We got wet as the heavens opened as we began the climbs after the mountain. Shorter but steeper and a few climbs thrown in by the organizers for no other reason than to finish off any of those lacking determination.

A long way to the finish a lot more hills than we had  bargained for, hail stones more wind. Irate locals throwing tacks on the road we overcame it all.

I could only really write about my experience during the GFNY and go into more detail. It is however,  much more than a personal journey, more a  group experience and I won’t tell how it unfolded just for me. Better to ask an attendee, or better yet plant the seed for the next trip and grow an experience of your own.

We all finished and deserved congratulations to all who completed this years event. Like the sign said if it was easy it would just be called a Fondo.